Thank you for inviting me to speak about my second favourite topic - travelling. I love to travel and believe it tests many a relationship!


A few years ago I travelled the Great Ocean Road with a group of friends. We had never travelled together before, although we had known one another for years and the trip took months to organise because we all had to fit in with one another's requests and various needs.

It turned out being the best trip ever!  In my twenties I backpacked on my own and met people along the way who are still friends today, but to travel with friends I knew socially for years somehow seemed a little different. We saw another side of one another and despite our differences, would do it again in a heart beat.


We met up in Melbourne, and with a hired car started our trip each taking a turn to drive. Our accommodation at every stop was a home with a bedroom each (a stipulation from all of us!).

We set a daily budget and stuck to it - best value ever with everything being shared four ways.


The Great Ocean Road coastline was wild and very windy. The coastline was very different to what we knew in New South Wales - the vegetation made the difference and in places it was a long way to walk to get to the beach. The scenery was breathtaking and at each point we saw the same travellers at earlier points of interest. When we investigated the trip we saw there was a short version and a long version - we took the longer version because we thought the chance of returning would be rare.

For us the townships made it. Each one was different - Torquay, Angelsea, Lorne, Apollo Bay, Warnambool and Port Fairy. We lunched on the local food, and had an evening drink watching the sunset at each location.


We fell in love with each town and vowed if ever we did the trip again we'd stay longer in the townships. There was so much to see. It took us two weeks to do and spent time in South Australia and ended the trip in Adelaide.

Adelaide is such a peaceful and laid-back town, it's the perfect place to end a holiday. Adelaide has everything you need, and there appears to be no rush or angst, and it's beautiful. It has the beach, the bright lights if need it and is surrounded by the beautiful Adelaide Hills.

Adelaide itself and  the surrounding countryside is a definite must return. We loved the history and the quirky stories we heard from the locals about the early settlers in the region. It pays to talk to people you never know what gems you hear.

In fact, just writing this blog has refreshed my memory of that trip and I'm tempted to bring out the map and look at taking the in-land route to Adelaide and visit new townships and revisit some others that hold a special place for me.

Thank you for the invite to write this blog. I’ve been fortunate to be part of the https://bindarracreekromance.com/a-town-reborn/ and have just released the third book in the series – No Looking Back. It can be found on Amazon - https://amzn.to/303nrQW

Hannah McKenna loves working with horses and is trying hard to keep it altogether after her first horse syndication deal turns sour. Since then she’s been careful and played life straight, and has had enough. She runs into trouble when she meets Blake Hudson – the man who put together the failed deal – who rescues her when she takes a nasty tumble from a horse.

Blake Hudson is known as Mr Nice Guy, but there are dark shadows in his past. He’s the dealmaker, the perfect go-between who puts together horse syndications and once the deal is done he moves on. Problem is, Hannah is the exception and he can’t keep away, but fears she will walk if she knew the truth about his past.

He hadn’t bargained on dealing with a mischievous third party called attraction.

When she discovers the truth, both realise they could lose everything, including each other. 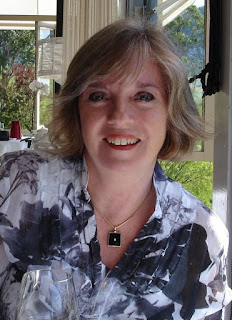 Linda Charles has
been reading romance since high school. Her reading life started very early,
but changed direction after she read Gone
with the Wind. She was born in Sydney and spent her teenage years
in drama classes, and then taught Speech & Drama for many years.  She
still loves to go to the theatre, but her plan was always to write. Linda lives
in Newcastle and when she's not writing, she can be found walking, browsing the
bookshops or planning her next holiday.


Linda Charles on the web:


No Looking Back: Bindarra Creek: A
Town Reborn 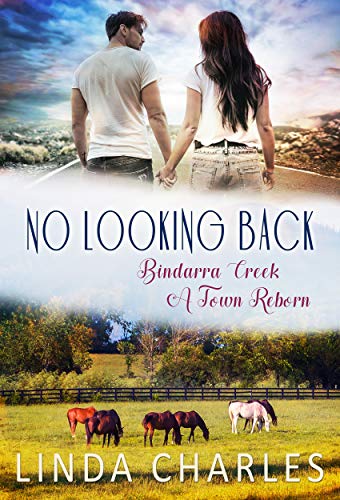 Hannah McKenna
loves working with horses and is trying hard to keep it altogether after her
first horse deal turns sour. She runs into trouble when she meets Blake Hudson
– the man who put together the failed deal – who rescues her when she takes a
nasty tumble from a horse. She likes him, simple as, and finds plenty of
reasons to make him want to stay.
Blake Hudson feels like an imposter because he
knows loved ones would walk if they knew the truth. He’s the dealmaker, the
perfect go-between who puts together horse syndications and once the deal is done
he moves on. His life takes a turn when he meets Hannah, the woman at the
centre of his worst deal. Problem is he can’t keep away, but fears she will
walk if she knew the truth about his past.
He hadn’t bargained on dealing with a
mischievous third party called attraction.
When she discovers the truth, both realise they
could lose everything, including each other.