Baby Bombshell for the Doctor Prince is set in Yellowknife, NWT and with a brief scene in Fort 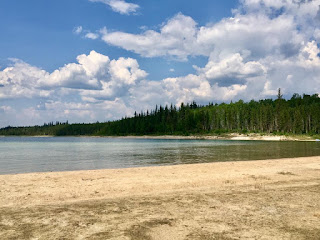 Smith, NWT. I’m fortunate that I’ve been to both. It’s not an exotic locale for me as it’s part of my country, but it was the trip of a life time. 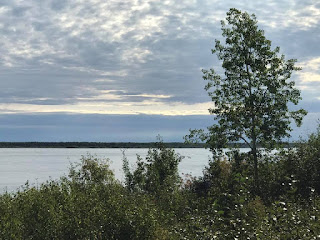 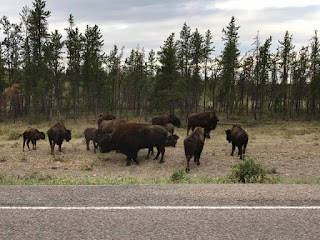 One piece of advice when travelling the Northwest Territories. Stop for gas when you see gas, because your next gas station might not be for a while. Cell phone coverage, very spotty and bring your own food.
There’s no fast food stops until you get to Yellowknife. 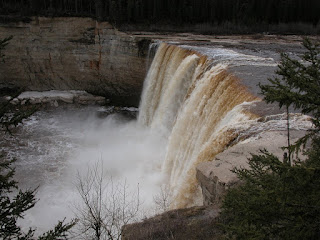 The best part, there are a lot of little Territorial parks and rest stops that have bathrooms, sometimes they vault toilets, but still…it works!
Being north of the 60th parallel is an amazing experience. There’s nothing like driving down the highway and being the only one for a while, except for the occasional bear, wolf or…if you’re really lucky buffalo!
On the way up from High Level, Alberta (which was the last big town we passed through), we got to stop at Alexandra Falls. An amazing waterfall right along the highway. It’s the third highest waterfall in the Territories. 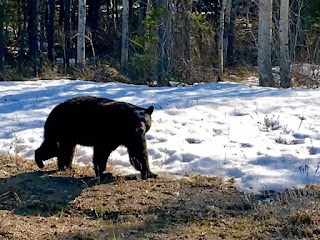 In Wood Buffalo National Park (I didn’t see buffalo there, but saw bears), you can experience the amazing Salt Plains and if you take the hike down you can see animal tracks in the salt beds. If you travel down and cross into Alberta just south of Fort Smith you’ll come across Pine Lake. It’s not actually a lake, but 3 sinkholes that formed this massive, spectacular clear pool. You can walk right out to the edge of the drop off. There’s white sand and serenity. 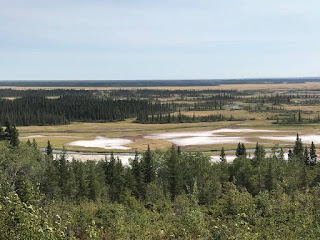 And of course, the northern lights made their return in August. Wood Buffalo is a dark night preserve in Canada.
Contrary to popular belief, in August we’ve passed the summer solstice and although the sun doesn’t set until late, it does get dark again at night and it’s August when the northern lights return to the night sky.
They’re not as strong as they are in the winter, but they come back all the same. 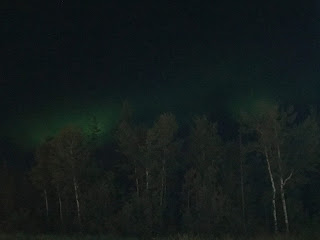 Yellowknife is a bustling little city on the north end of Great Slave Lake. Be sure to visit some amazing places like the Bush Plane Monument, where you can see the iconic houseboats in the bay and pay homage to the brave men and women who fly even further north to bring supplies to those who are cut off because there’s no roads or their only accessible road is a winter ice road, which melts in the summer.
The Prince of Wales Museum has wonderful displays about the history of the Territories and the Wildcat Cafe is an iconic and delicious place to stop and eat. 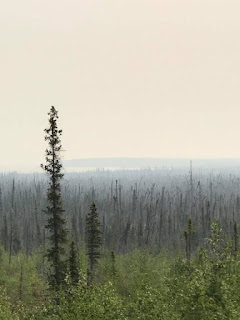 For me, it’s a cultural place. A place where my ancestors worked as HBC employees in the days of the fur trade. So it was a deep connection for me to head back to my family’s roots.
I am counting down the days until I can go back.


For me, the Northwest Territories means peace, because that’s where I found it.

About the Author: Amy Ruttan 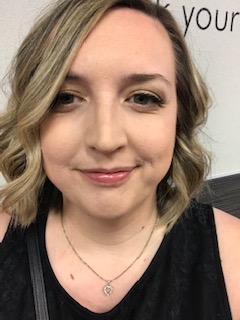 Born and raised in Toronto, Ontario, Amy fled the big city to settle down with the country boy of her dreams. When she's not furiously typing away at her computer, she's a mom to three children.
Life got in the way, and after the birth of her second child, she decided to pursue her dream of becoming a romance author.

Connect with Amy Ruttan over the web:


Amy Ruttan has a new book out this month:

Baby Bombshell for the Doctor Prince. 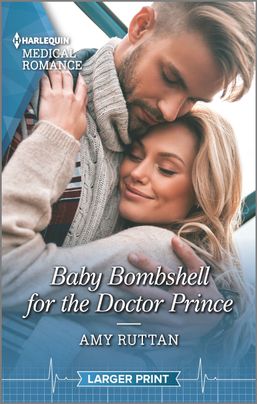 His secret: he’s a prince!

Her secret: she’s carrying his baby!

After ER doc Lev Vanin shared one unforgettable night with gorgeous Dr. Imogen Hayes, he never expected to see her again. He couldn’t tell Imogen he’s actually a prince! But when a revolution at home forces Lev into hiding, he ends up working in Imogen’s hospital and his secret is out! Plus, Lev’s life is about to be turned upside down once again…because Imogen’s pregnant with his heir!