Travel to Bruges with Dani Collins

Last year, we went to see friends in Madrid, but added a few other stops while we were in Europe. I wanted to visit my editor in London and see the Mills and Boon offices while my husband, Doug, wanted to see Bruges, Belgium. We’re both fans of the movie In Bruges, which is a very dark crime-drama set against the romantic backdrop of this stunning medieval town. 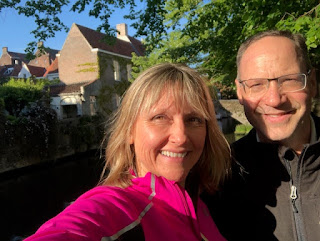 I realized as soon as we arrived that Bruges would have been the perfect fairy tale setting for Beauty and Her One-Night Baby if I hadn’t already made Javiero Spanish in the book I had just turned in, A Hidden Heir to Redeem Him. Bruges was still a lovely place to visit and I hope to set a book there someday. 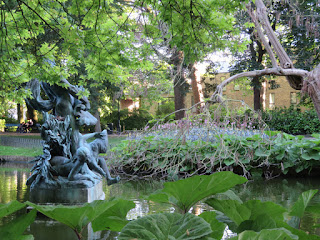 In Belgium, they speak French, German, and Flemish so you’ll often see Bruges written as Brugge. It was probably named for the Old Dutch word for ‘bridge’ since it’s a town of stone bridges over picturesque canals, creating such a romantic atmosphere, it’s sometimes called Venice of the North.

Bruges is about an hour by train from Brussels, which was a great way to see a little of the countryside. We took a taxi to the hotel, but it took much less time to get back to the train station when we left so we suspect our first driver padded the bill by taking us down more of the twisted cobbled streets than necessary.

The history of Bruges goes back to Roman times so I won’t even try to condense it here. I’ll just say it is a place of constant surprises and contrasts. You cannot take a bad picture, but amid its alcoves and stained-glass windows, you’ll see directions to the torture museum, gargoyles, and other macabre sights. 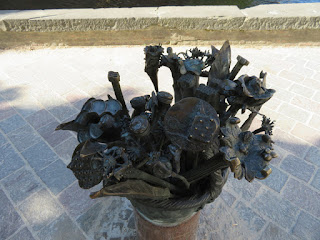 When you arrive in the town square, watch for cars, bicycles, horse-drawn carriages, and all the other tourists trying to take panorama shots of the colorful, gingerbread-trimmed architecture. You’ll be charmed enough to sit at a table in the sun to sample a Belgian ale while you drink in the ambiance, but beware. The waiter will ask if you want to tip him and after we did that, we learned gratuity is included in the bill by law.


Booking ahead is essential, as is the purchase of chocolate. We stayed at a midrange hotel that offered breakfast at a discounted rate when we made our reservation. We didn’t pay for that because we thought we would go out for breakfast, but the hotel buffet was actually the better value. (Be sure to try a Belgian waffle and did I mention the chocolate?) 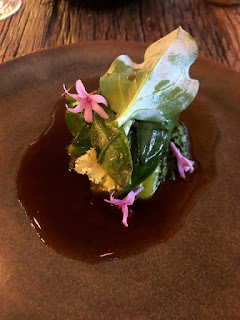 The food was excellent everywhere we went, but very expensive. On my editor’s recommendation, we booked into Bistro Bruut which was a set menu with wine pairings. It was amazing and the sort of extravagance my alpha male heroes would provide for my heroines, so I’m glad we did it, but it definitely broke the bank.

It was windy in May so we did a lot of layering on and off. For the very best view, go up the clock tower, but fair warning—the worn stairs and steep passageways are not for the faint of heart. 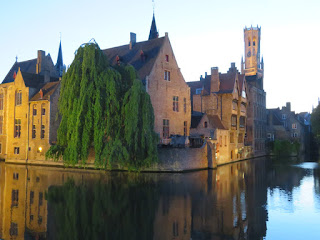 The cobbled streets are endless and you cannot get tired of the extravagant beauty, but if you do need a change of pace, there is a gorgeous nature park. So bring your walking shoes, water, sunscreen, and prepare to fall in love.