I only had two days in the Czech capital and to do Prague
justice, you really need longer to appreciate its beauty.

My visit started at Prague Castle. The approach to
cathedral-crowned, fortified hill is a long upward sloping road lined with
tourist shops. Once there, it was like stepping back in time and the crowds
gathered for the changing of the guards. You do have to pay to get onto the castle
premises, but the ticket lasts for two days.

Highlights of the hill include St Vitus Cathedral, whose
towers dominate the city skyline, and you can climb one of the towers. There
are also several exhibits about the history of the castle, and the palace
buildings. A row of old low houses called the Golden Row once housed the city’s
famous author son, Franz Kafka.

Following the Golden Lane down from the castle leads to the Charles
Bridge. It is the only pedestrian bridge that crosses the Vltava River. It is a
popular tourist destination and there are usually peddlers of art and musicians
along its length.

From the bridge, you can get to the Old Town. Wenceslas
Square is an enormous space lined with the well-known retailers that you can
find in any European city. There is also the National Museum, which is the
center point of much of the revolutionary history of the city.

Josevov is the Jewish district in the old town of Prague.
There is a cemetery and the Old New Synagogue as well as a museum.

Not to be missed is the Astronomical clock. When it chimes
the hour, the window of the clock in the upper part shows the twelve apostles
moving. Simultaneously, the surrounding sculptures that adorn the device are
set in motion. One of the moving figures carrying an hourglass in his hand
personifies Death. Another moving figurine has a mirror, representing Vanity.
Other figurines are the Astronomer, the Philosopher, and the Chronicler.

When it comes to food, try Prague’s open-faced sandwiches. I
tried one with Prague ham, potato salad, and hardboiled egg, another with
celery root salad and tomato, and one with beetroot, cheese, and a walnut. They
were all delicious.

The best meal I tried in Prague was braised beef with
dumplings. Just like the city itself, it was perfection!

JANE GODMAN is a 2019 Romantic Novelists’ Award winner and 2018 Daphne du Maurier Award finalist. She writes thrillers for Harlequin Romantic Suspense/Mills and Boon Heroes and paranormal romance for Harlequin Nocturne/Mills and Boon Supernatural and St. Martin’s Press Romance. She also self publishes her historical and gothic stories.Jane was born in Scotland and has lived in Germany, Wales, Malta, South Africa, and England. She still gets the urge to travel, although these days she tends to head for a Spanish beach, or a European city that is steeped in history. When she isn’t reading or writing romance, Jane enjoys cooking, spending time with her family, and enjoying the antics of her dogs, Gravy and Vera.

Connect with Jane Godman on the web:

His mission: keep her safe, no matter what…

A Coltons of Roaring Springs thriller.

Just as Bree Colton is about to take the local art world by storm, someone is determined to sabotage her success…unless Rylan Bennet can keep her safe. Bree doesn’t want anyone to protect her—not even gorgeous Rylan, whose secrets threaten them both. But can the former soldier win the battle for Bree’s heart and the war against a sinister foe? 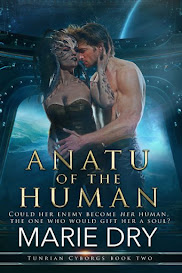